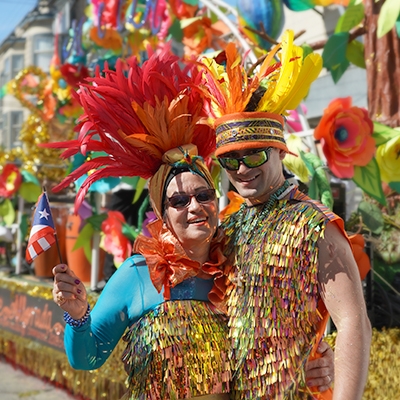 Jennie Emire Rodriguez has been MCCLA’S Executive Director for over 20 years. Born and raised in San Juan, Puerto Rico, she earned her Bachelor of Arts degree at the University of Puerto Rico, Rio Piedras, in Literature and Foreign Languages (French), and did postgraduate work in Translation and Interpretation (Spanish/English). Jennie jesucame to SF in 1983, for the second time, and has since been a proud resident of the Mission District together with her lifetime partner and 2 sons.

She brings to MCCLA a strong background in community outreach, organizing, management, and the arts. In Boston’s South End, Massachusetts, she directed the Areyto Cultural Program, which showcased the visual arts, music/dance, and broadcasting media.

In San Francisco, Jennie became the small business owner of The Elves Office Support Services for 13 years, offering notary public and computerized office solutions. Rodriguez also co­founded the Puerto Rican Network (Association) and Magazine, and “Los Pleneros de la 24,” a Puerto Rican folkloric music group. She has sat on the board of notable organizations at local and national level, such as the Mission Federal and the National Federation for Community Development Credit Unions, ALAS (Women’s Initiative for Self Employment), Creativity Explored (an arts organization for developmentally disabled artists), and served as Treasurer and President of the 24th St. Merchants Association in SF. She is a current member of The SF Symphony Cultural Committee, the Calle 24 Cultural Corridor (Cultural Assets Committee), the Mission Music SF, the Puentes Mural Restoration Project, and SF’s Consortium of Community Cultural Centers.

For over 20 years Jennie has participated and danced in Carnaval SF, where she has organized and co­directed numerous artistic contingents. She confesses that “it is Music, of all art forms, that has the unique and magical power to engage us; breaking down barriers, and allowing us to ever so briefly join in in harmony.” It is Rodriguez’s pride to uphold MCCLA’s original mission, to offer affordable, culturally relevant arts programming to the Latino community and the (global) community at large. 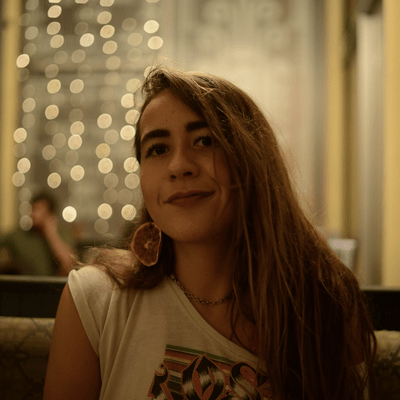 Vitta Oliveri is the Special Projects & Fund Development Coordinator. Being raised in Tijuana, and San Diego, she lived in a multicultural environment where she experienced the “Spanglish life” - (border life). She speaks three languages, that include, Spanish, English, and Italian. In 2015 she moved to San Francisco to study Journalism and Cinematography, at San Francisco State University. After learning that the school’s newspapers were being recycled into making piñatas and not really being read.Vitta was inspired to write the first-ever Spanish article as she felt a lack of Latinx coverage in her school's publication. She has also written numerous articles for El Tecolote and participated in various podcasts. She is grateful to have moved to San Francisco and become a part of the Mission District where she found her community, friends, and experienced cultural events that she will cherish forever. Vitta felt she was reborn in San Francisco and says “I feel like I'm an artist and that art is a true priority in this city.” Her projects include documentary filmmaking, poetry, writing short scripts, creating music lyrics, and playing cumbia in the guiro. 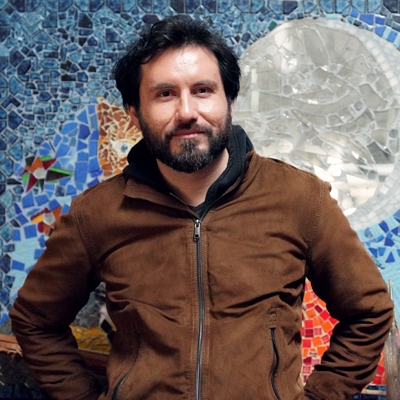 Originally from Mexico City, Alejandro Meza is the Events and Media Coordinator. A professional sculptor in ceramics and stone, he has organized community events for the last nine years in the Mission, seeking to disseminate the visual arts and music in an accessible way. His vision as a coordinator is to support artists in their various branches of art and culture, explore new trends, preserve traditions, and maintain a balance between both. 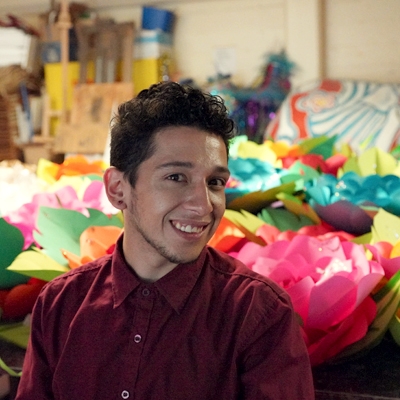 Guillermo "Yiyo" Ornelas is the Arts Education and Outreach Coordinator responsible for programming classes that reflect the cultural experience of all the Latino community, including leading the yearly Multicultural Art Summer Youth Program (MAS), as well as informing the community about the services offered at the MCCLA through outreach. Guillermo is a theater performer and advocate for arts education. As a first-generation Mexican-American, he understands the impact that an arts education can have, especially to vulnerable communities.

Guillermo holds a B.A from UC Berkeley, double majoring in Sociology and Theater & Performance Studies, and has received the Mark Goodson award for 'Distinguished Theatrical Talent.'

Angel Jesus Perez is the Program Coordinator for Mission Gráfica. He is a first generation Chicano Printmaker and Mural artist born and raised in Washington D.C. Angel started his career in art at an early age going to community art programs in D.C, assisting in community art projects in his Neighborhood Adams Morgan, participating in social movements using poster and graffiti art and building his portfolio at Duke Ellington School of the arts in D.C. Angel’s artistic inspirations inspired him to do research in his own cultural identity, as Chicano art and culture was nowhere to be found in D.C The only resources he had were in the books and museums in D.C. Angel read a lot about the Chicano arts movement and that inspired him to go to California. He went to California College of the arts In Oakland in 2011 for Printmaking and worked as an assistant in various public art projects in the East Bay. Today you can see some of his Murals in Oakland, Berkeley, and San Pablo. Angel specializes in multi color printmaking in various mediums using stone Lithography, multiplate color etching, color reduction block printing and Screenprinting using transparent inks. His prints have been exhibited in The U.S Capitol, Mexico, Japan and Lebanon. 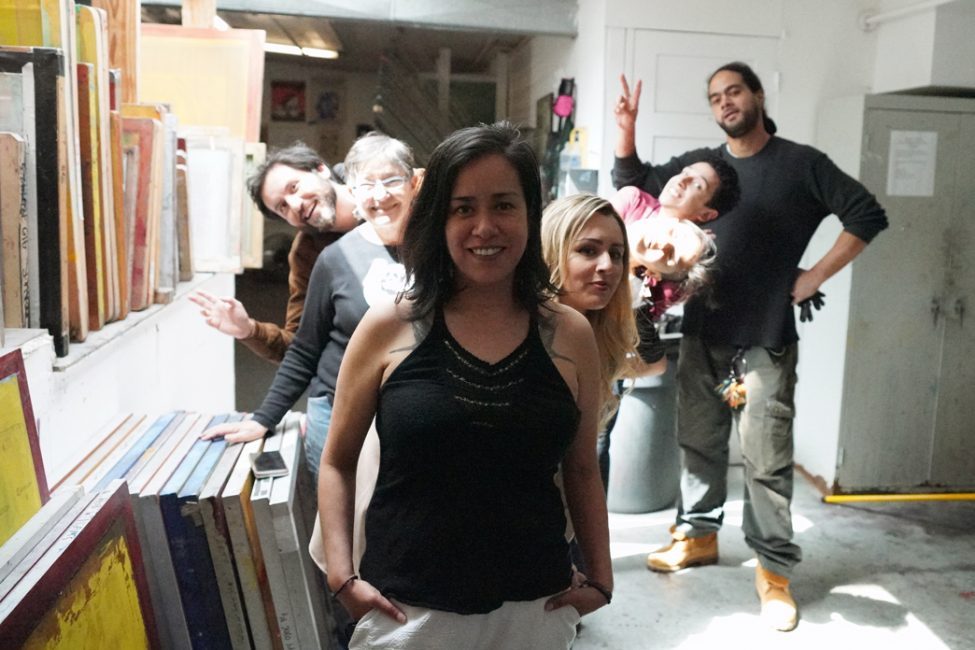 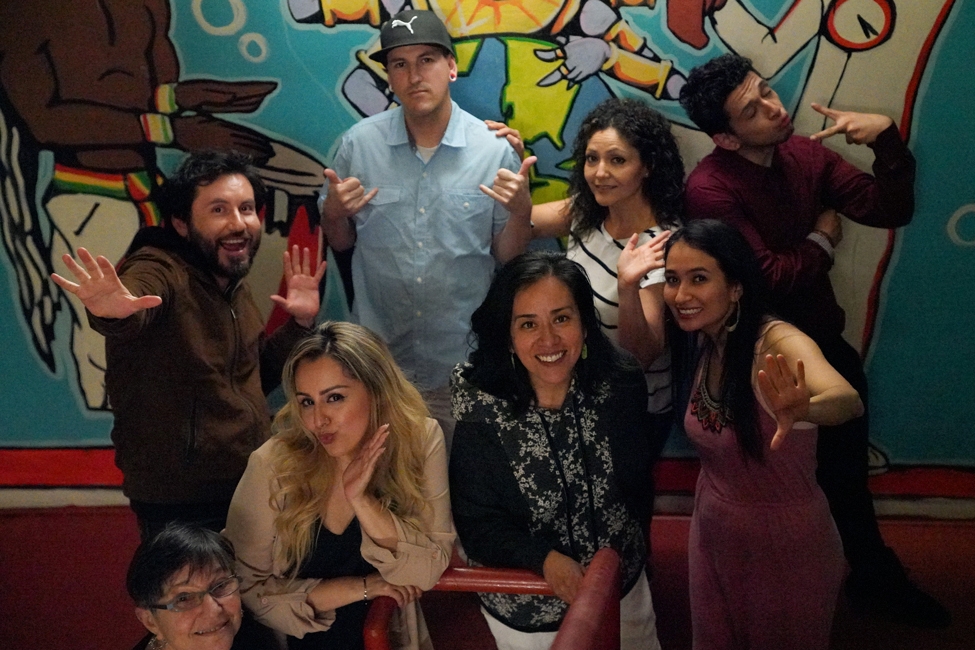 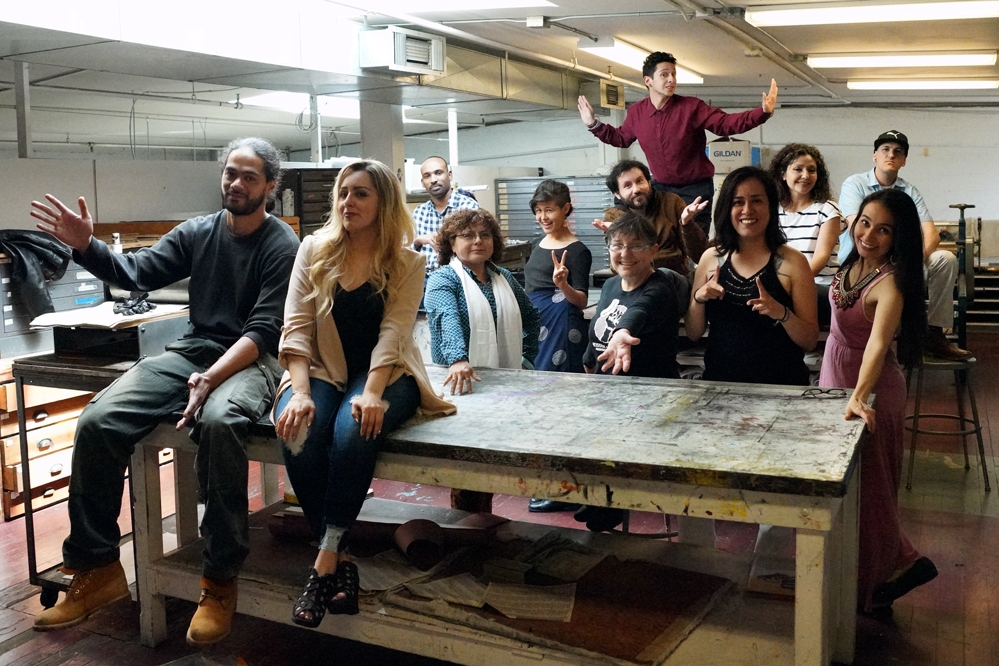