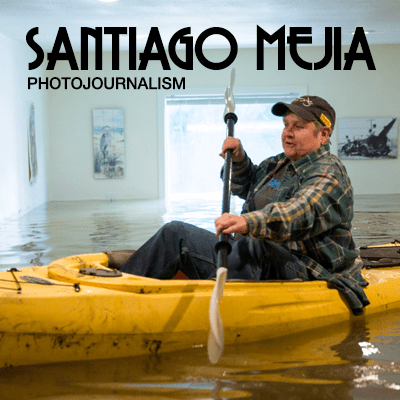 Raised in the Mission District, Santiago Mejia is a Mexican American photographer currently on staff at the San Francisco Chronicle.

While at Abraham Lincoln High School, he only considered photography a hobby. He never imagined it would become his profession. Santiago’s classes at City College of San Francisco consisted mostly of math and science. He wanted to become a doctor to save lives, but there was one exception: a photojournalism class. His friend suggested he join the college newspaper and Santiago joined as a photographer. He later became the editor in chief. Santiago later volunteered at El Tecolote and interned at the San Francisco Chronicle. He later interned at The New York Times before being hired at The Chronicle in 2016.

Santiago, age 24, is the proud son of immigrants and is also a member of the National Association of Hispanic Journalists (NAHJ), as well as an alumnus of Newseum Institute’s Chips Quinn Scholars Program for Diversity in Journalism and The New York Times Student Journalism Institute.