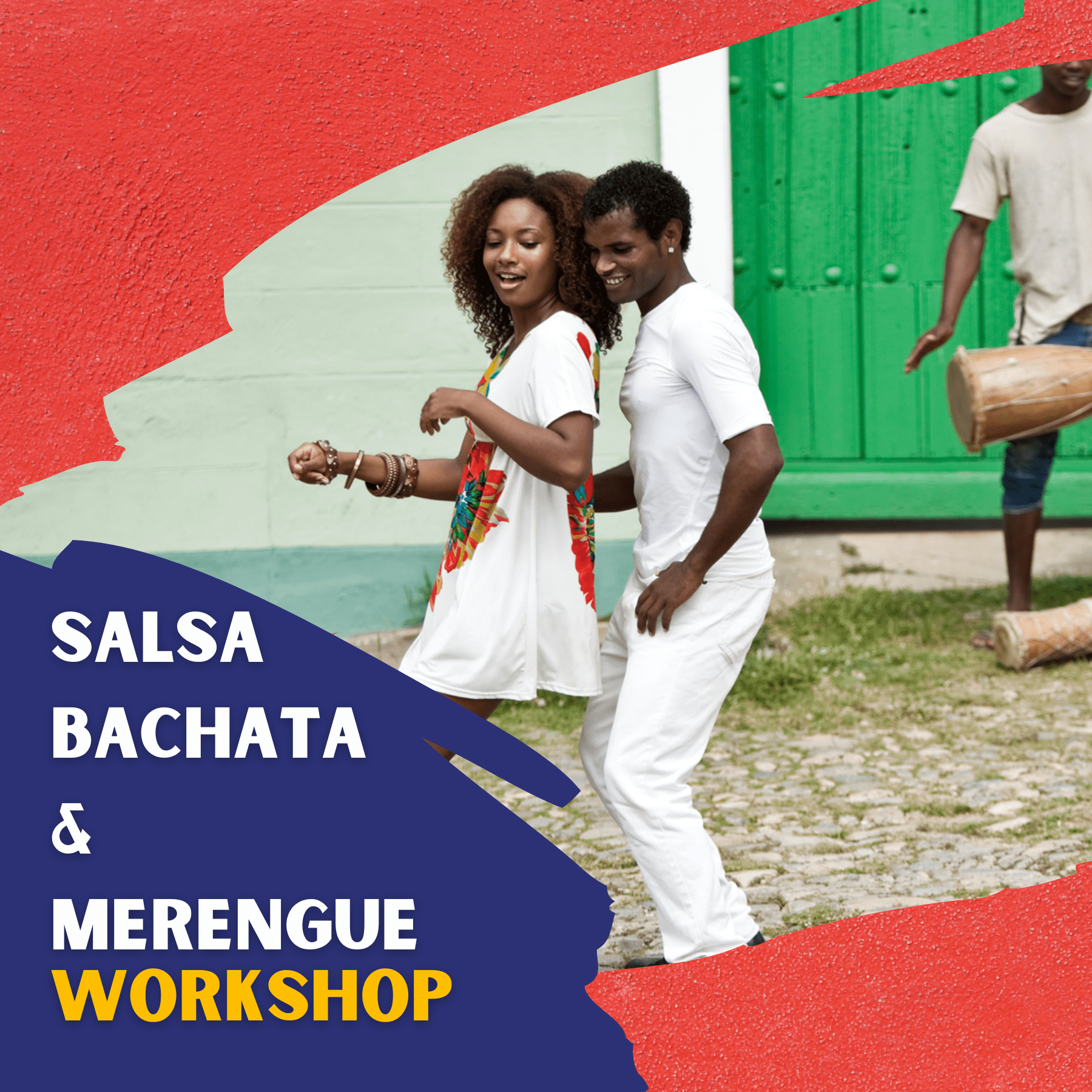 This demo class is great for beginner-intermediate students to learn and enjoy three popular Latin dance styles: Salsa, Bachata, and Merengue! Explore the possibilities of your body and how to communicate with others through dance, rhythm, and flavor! Partners are not necessary! This class is taught by Venezuelan dance instructor Juliana Mendonca. Juliana’s teaching style is not a traditional ballroom-style Latin dance class. She first teaches her students to connect to their bodies and to connect to the rhythms before getting to the steps and turns. This foundation will help you loosen up your hips, knees, shoulders, and arms to allow each student to get their own authentic feel for each genre and its unique rhythm.

Venezuelan Contemporary Dance performer, choreographer, and teacher. Graduated with a degree in dance from the University Institute of Caracas, Venezuela (IUDANZA – UNEARTE) in 2005, she also served as an instructor at the Performing Arts Department of the University of the Andes in Mérida, Venezuela (U.L.A.) (2012-2015); and at the Traditional Dance Program of the National University for the Arts (UNEARTE) (2008); Juliana also served as an independent Yoga and Latin Rhythms dance teacher. In 2011 she received certification as a Yoga instructor by the Physiology of Exercise Program of the University of the Andes (U.L.A.), Mérida, Venezuela.

In 2005, Juliana co-founded Raíz de Agua, a music and dance company, which is her principal artistic endeavor. Since then, she has performed mostly as a solo artist with the Company and through dance has found a way to connect her creativity to spirit and nature, compounded with a unique feminine and artistic self-awareness.

Juliana currently lives in Oakland, California with her husband and daughter, working as a dancer, choreographer and teacher.