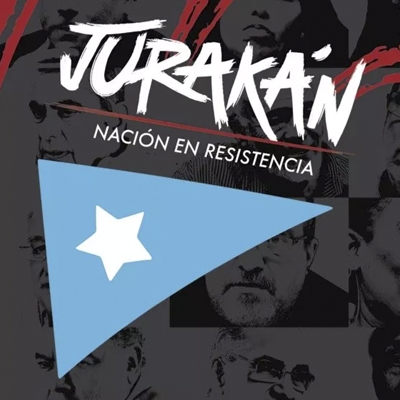 Jurakán: Nation in Resistance documents the historical struggle of Puerto Rico, a Caribbean nation that refuses to disappear. It is narrated by 40+ boricuas— artists, experts, politicians and activists— of different perspectives. The documentary has been praised by prominent Puerto Rican figures like Nelson Denis, Blanca Eró and Congressman Luis V Gutiérrez.

Meet filmmakers Gonzalo Mazzini and Rosa Emmanuelli Gutierrez at the west coast premiere of their film about Puerto Rico. Having just returned from a trip to the island, Mazzini and Gutierrez will report on local rebuilding efforts and the movement to reclaim Puerto Rico from venture capitalism and colonialism.

On Saturday, May 11th, as part of a three-day visit to the Bay Area, filmmakers Rosa Emmanueli Gutierrez and Gonzalo Mazzini presented their documentary of the past and present situation in Puerto Rico to over 160 people at the Mission Cultural Center for Latino Arts. Boricuas, latinos, and allies were inspired and moved by the film, presentations and cultural performances at the program sponsored by the Mission Cultural Center for Latino Arts, the Bay Area Alliance for a Sustainable Puerto Rico, La Tertulia Boricua, and Puerto Ricans in Action LA. 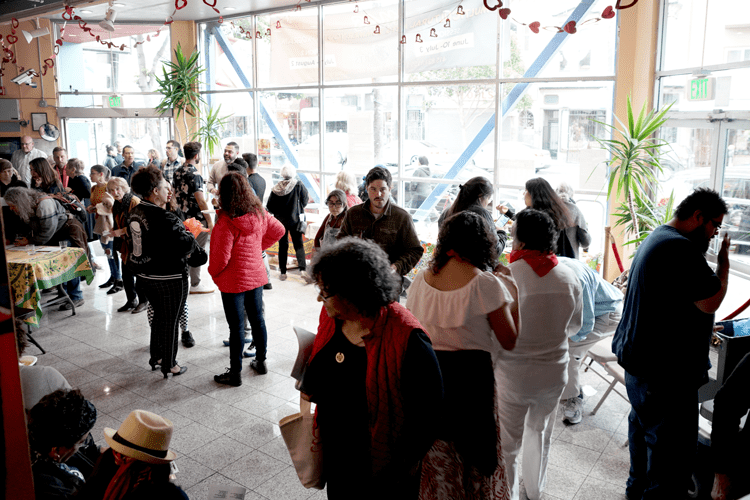 La Tertulia Boricua is a Puerto Rican cultural circle building community since 2011. The energy and emotion in the room was strong from the opening welcome by Jennie Rodriguez of the Mission Cultural Center for Latino Arts, who reminded attendees of the 42-year history of the Cultural Center in the struggle for Latino culture and rights. Aixa Gannon from the Bay Area Alliance for a Sustainable Puerto Rico welcomed the crowd and acknowledged the importance of the joint collaboration that made the event possible, and invited the audience to learn about and support the efforts to rebuild and reclaim Puerto Rico.

The crowd sang and clapped from the first chords of musica jìbara from the mountains and nueva trova performed by Madeleine y los Carpinteros. Introducing the film, Rosa and Gonzalo explained that their mission was to present the roots of the colonial situation of Puerto Rico in order to build a new way forward. Rosa said that growing up in Puerto Rico, she was not taught her history or culture. Through interviews, footage of resistance over the decades, and stunning shots of the beauty of the island, a portrait of a Puerto Rico past present and future was made. 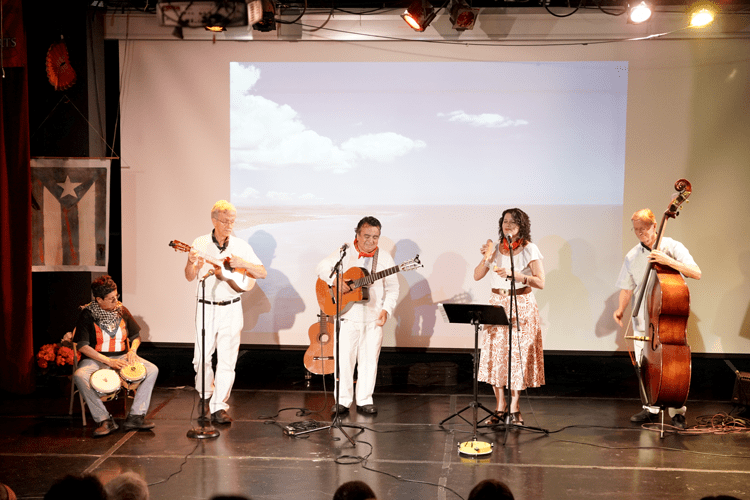 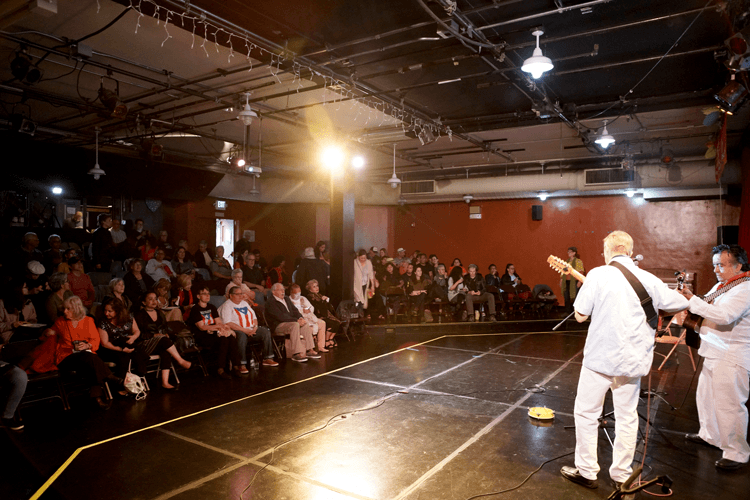 Following the film, in an emotional appeal, Bethsaida Ruiz from BAASPR shared her experience working with the Brigada Solidaria del Oeste, a women’s led grassroots organization offering educational workshops to the communities on the west side of Puerto Rico and supporting the reconstruction of houses. Since the end of September 2017 after Hurricane Maria the organization that has rebuilt over 20 homes. Bethsaida appealed for financial support to continue these efforts.

The filmmakers answered questions from the crowd who were eager to contribute ideas to support the struggle to rebuild and defend the island. 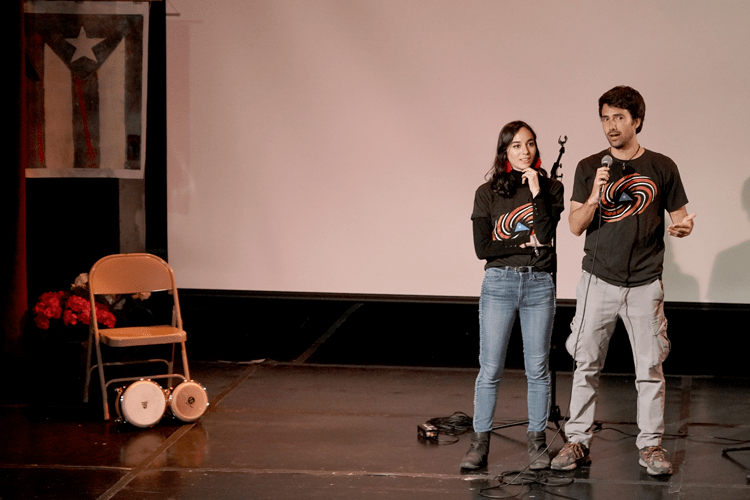 The crowd left the auditorium following the drums and songs of Taller Bombalele, the Bay Area Bomba and Plena dance and music group led by Julia Cepeda and Denise Solis. Taller Bombalele was founded in September 2014 by Julia Cepeda (granddaughter of Puerto Rican Bomba Patriarch Don Rafael Cepeda Atiles) and Denise Solis. Taller Bombalele strives to promote the Afro Puerto Rican roots music and dance tradition of Bomba, by teaching its history, dance, music, and songs through classes, lectures, workshops, and Bombazos to continue to preserve and expand this form of expression in the community.

The crowd participated in a Bombazo in the entryway of the MCC for Latino Arts, dancing and singing as a unit until La Borinquena was sung. The crowd left reluctantly around 11 pm,
hearts and spirits full. 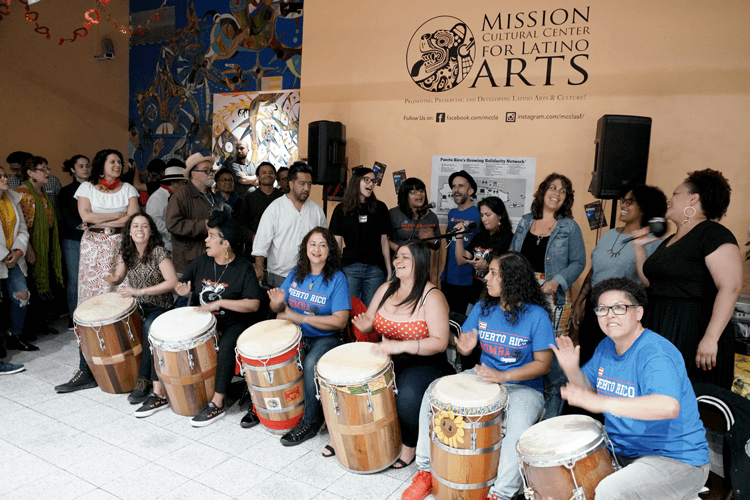 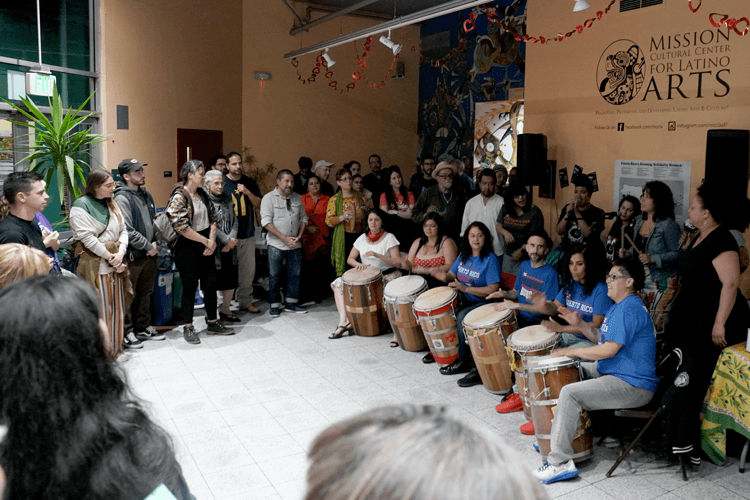