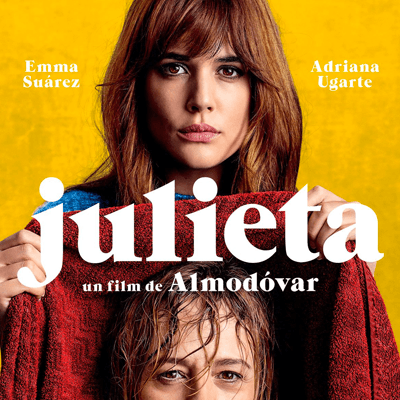 Julieta lives in Madrid and is about to move to Portugal with her boyfriend Lorenzo. In a chance encounter on the street with her daughter Antía’s childhood friend Beatriz, she learns that Antía, from whom she has long been estranged, is living in Switzerland and has three children. Overcome by her desire to reestablish contact with Antía, she abandons plans to leave Spain and instead leases an apartment elsewhere in the building in Madrid where she raised Antía, knowing that address is Antía’s only means of contacting her.