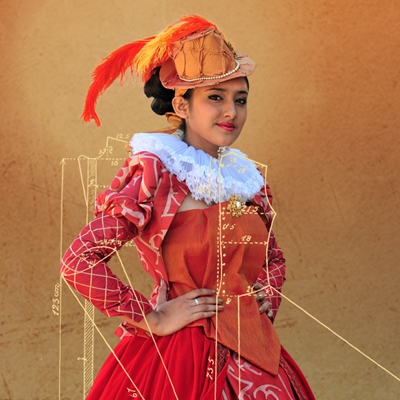 Mission Cultural Center of Latino Arts’ (MCCLA) 40th Anniversary celebration will kick off with a retrospective show of costumes, designed by award-winning Salvadoran designer Mario Chacon. Spanning a creative career of over 50 years, the costumes will be presented in a runway show on Friday, March 11 at 7 pm in the Theater.

Models, representing the diversity of the community, will showcase a lavish line up of 75 one of a kind costumes, including Period (Historical), Ethic and Carnaval styles.

Mario is highly regarded in the Mission District for the many, fantasy costumes that he has designed and produced for numerous Carnaval San Francisco contingents over the years. Mario Chacon studied architecture in El Salvador, but a costume design program at City College of Los Angeles ignited his passion for fashion and design.

Mario’s designs have been featured at the deYoung Museum and are on permanent display in San Salvador. His most recent exhibition is in Santa Tecla, El Salvador, a historic town outside the capital.

Luis Echegoyen, pioneer of Bay Area Latin television, will host the show. Immediately following the show there will be a meet and greet in the Gallery on the second floor providing an opportunity to talk to the designer and mingle with the costumed models. Selfies greatly encouraged. There is no charge for the event, but donations are greatly appreciated.