All events are free and open to the public. No RSVP needed. 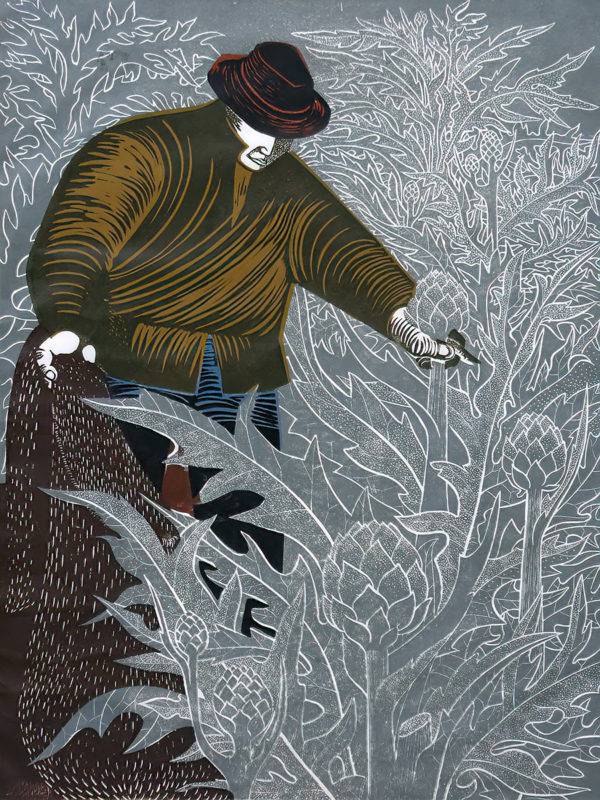 Artist of Conscience explores the life and work of Emmy Lou Packard (1914-1998), a remarkable artist known for her paintings, prints and murals, as well as her activism. Packard’s linoleum prints celebrated ordinary people — their work, their history and their environment. Her art was not overtly political, but expressed her progressive values. One of her signature images, Peace is a Human Right, shows three children, Asian, Black and White, seated around a sunflower. The message is framed in human terms — children are not political; they are just children.

Through artworks, photos and ephemera, the exhibition at Richmond Art Center will be organized around key periods of Packard’s life. Packard was mentored by Diego Rivera and became his principal assistant on the mural he painted on Treasure Island for the Golden Gate International Exposition in 1940 (currently on view at SFMOMA). During WWII Packard worked at Kaiser shipyard’s newspaper, Fore ‘n’ Aft, in Richmond. Later in life, Packard mentored a generation of mostly female and Chicana artists in the Bay Area. She also led the movement to save the Mendocino headlands from development.

This exhibition is curated by Robbin Légère Henderson and Rick Tejada-Flores.

Emmy Lou Packard: Artist of Conscience is generously supported by funding from California Humanities and The Jay DeFeo Foundation.